Thank you for fixing the church up I went to a lot of weddings and funerals there. Dad and brothers got married there. I also married my husband there. If I ever get married again I would love to get married there again. It's a beautiful church thank you so much and God Bless you all for fixing it up and making it beautiful again.
Thanks Teresa Gage

I'm so glad you are bringing the church back to the beautiful place of worship.I attended church and school there also.

I worked and worshiped at the building at 19th and Crocker when it was Kingsway Cathedral. I began working there as a secretary in 1974. During my time there I was in charge of taking care of visiting ministers and speakers. This allowed me to meet many members of the Body of Christ and know them more personally. It was not long after I began working there that Pastor Del Browning asked me if I would be willing to help produce a live show on cable TV. This show eventually became a reality and we were on live, 5 nights a week. I helped organize guest speakers, a live phone bank for people to call in and be prayed for and wrote the show format. The night of the broadcast, I worked as floor director. This outreach was great blessing to many people who received answers to their prayers. God truly blessed my life by allowing me to be a part of Kingsways Television outreach. I pray that now, many more of the prophetic things said about this place will come to pass as KLM International opens the doors again.

When I was a child in Des Moines we called it "19th and Crocker" or just "First Church." It was our "mother church," so to speak. My parents were married there and my mother's funeral was there. Some of my earliest memories are of exploring every corner of the building when I was four years old. My stepmother was Frank Smith's (First Church's pastor) secretary and she took me to work with her until I entered kindergarten. We attended Open Bible Standard Churches’ annual conventions there in the 1950s. My parents were all graduates of Open Bible Institute and my father pastored an OBSC church in Des Moines, so "19th and Crocker" was the hub of religious activity for us. 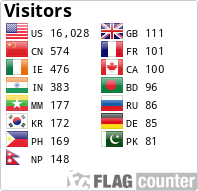